コンテンツへスキップ ナビゲーションに移動
NEWS
【Proposal to Flatboard diecutting machine manufacturer】
This is a proposal for a new zone patching method.
The pressure of a new die cutter can become unbalanced after several years of use.
For this reason, the BOBST manual suggests that users make spot sheets.
This method involves cutting sheets of thin paper (50–60 μm thick), and adding them to areas with less cutting pressure.

However, we know that it is extremely difficult to add paper to areas with less cutting pressure.
Our Press Balance System (PBS) technology is used in some 400 die cutters in Japan. We propose equipping your new die cutters with our PBS, instead of using spot sheets.
PBS film is made of the world’s toughest resin: PPS resin made by the Japanese company Toray. Each sheet of PBS film consists of ten layers of 20 μm PPS film, with a mild adhesive holding them together.
We can equip their new die cutters with PBS film before shipment, and offer customers annual maintenance, to provide customers with die cutters that consistently cut with even pressure throughout.
The details of usage are as follows:
②Divide a regular cutting plate into two layers that add up to the original thickness (for example, instead of using a 4 mm-thick plate, use two plates 1 and 3 mm thick).
First, attach a sheet of PBS film to the 1 mm-thick stainless steel plate, then place that on the 3 mm-thick cutting plate.

③ Set them together in the die cutter with the PBS film placed on top, then perform a half cut using a sandwich die with a grid pattern.

④ Remove any sections of film that have been cut.
The pink area here indicates where a cut section has been removed.

Another option is to allow users to purchase a sandwich die, and perform regular maintenance on their own. 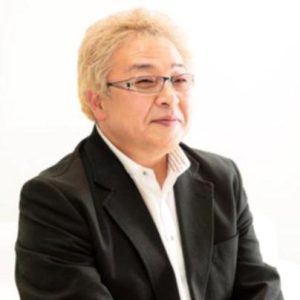 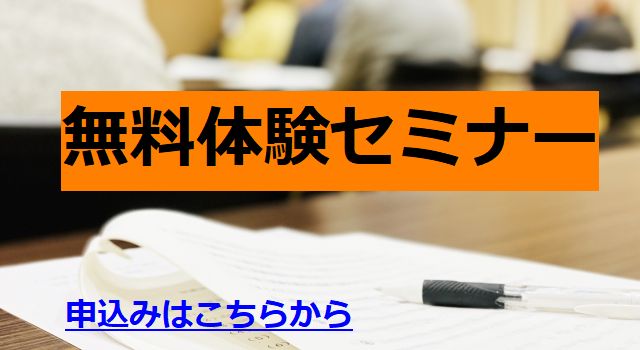 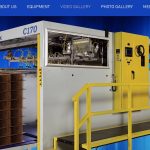 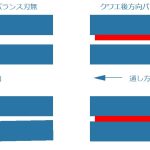 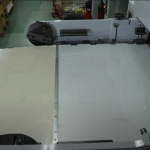 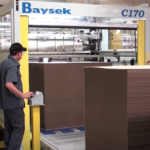